The OTTT ning was activated Dec 20th last y-era and the ONE TRUE TOPI TRIBE project was set into motion one year ago today on Dec 23 By Genesis,Jaon Louv and myself.


Every y-era Dec 23-Jan 23 is the OTTT solstice ...a one month period of transition/aka a knew y-era phase of transformation.

Genesis has chosen this image to mark this OTTT calender date. It is my gift of Gi joe Lady Jaye action figure, whom the beloved Lady Jaye took her name from. 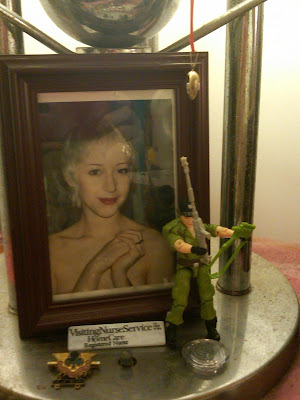 Email ThisBlogThis!Share to TwitterShare to FacebookShare to Pinterest
Labels: OTTT

A few brief notes from an email from Gen to share with you...

"My next priority is a totally new art exhibition for Invisible-Exports opening on Feb17th. 2012,  Also the movie "Ballad of Lady Jaye & Genesis" goes on general release in Canada & USA in Feb/March!!! Amazing. It opens in 4 cinemas similtaneously in early March in the Bay Area! As well as across the USA! We are editing a dvd of outakes to go with movie dvd. Writing another 12inch etc etc...you can imagine how hectic maybe.but all is positive which is hope-full."


Here is my present to Genesis for "Happy flying bufallo day" (OTTT  does not celebrate christmas as it is)
1986 Gi joe Lady Jaye action figure, Whom Jaye took her name from. 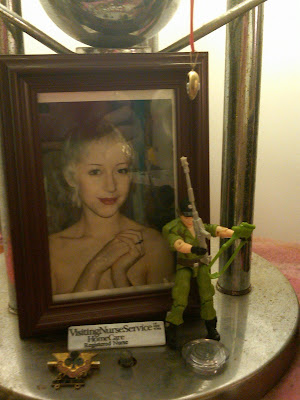 a few other notes ...
Just a quick post with some updated info and to say thanks to all who attended the December 2011 PTV3 Dis-concerts. We had a great time playing the new material and entertaining you all! A lot of emails are coming in looking for copies of the Mother Sky / Alien Sky 12”. Our supply has sold out.

We will soon have a small handful again, but in the meantime….

Strict Textildruck and Merch Society have released a new t-shirt design by Morrison Edley ODowd featuring lots of glow in the dark ink…check it out here:
http://www.merchsociety.com/item/10969/Psychic+TV+-+T-Shirt+-+Psychic+Cross+Pattern++-+asphalt/

Keep checking back for more updates about what’s happening in 2012…there will be a lot!
Posted by jacurutu3 at 2:14 AM No comments:

Email ThisBlogThis!Share to TwitterShare to FacebookShare to Pinterest
Labels: 2011

Psychic TV - Thank You (Part One) (exerpt) Live From Austin!

In addition to an annual show in Brooklyn this month Genesis Breyer P-Orridge will bring Psychic TV to only two other cities. One is Austin. The other is Chicago - Sunday Dec. 11, 2011 at Reggies Rock Club to be exact. Tickets are still on sale (and available in "general" and "VIP" varieties). 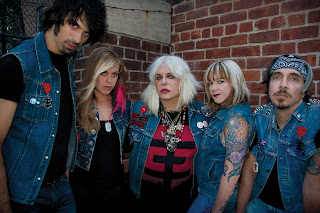 The archive is here http://posterityplaylists.blogspot.com/2011/12/those-who-remain-at-surface-do-so-at.html

From  Host Arvo of Delirious Insomniac Freeform Radio Show: "I have integrated some of the things s/he said into a short article on h/er that will be in the next issue of Newcity, here in Chicago, as part of promotion for the PTV show on December 11th.   If you want, I can send you a link to that article some time around Thursday I'm guessing." Artcile link coming soon!

also Arvo sent along an older episode including a sound collage , featuring Genesis Breyer P-Orridge's reading at the Swiss Institute. Here is the archive Link
http://posterityplaylists.blogspot.com/2009/12/delirious-insomniac-forged-teeth.html

Domy Books and (R)EVO industries are pleased to present


+ followed by Psychic TV at Elysium
Posted by jacurutu3 at 8:36 PM No comments: